Big Taste event were Chef Fox lets the audience know how to reheat the escargot from Artisans Restaurant. Click Here to see the video. Maggie in the Mornings from Channel CW39 stopped by this morning to talk to Chef Fox about Houston Restaurant Weeks and what we will be having on the menu. Click Here to see the video.

Chef Fox Teaching How to Use Your Knife! FACC Houston has partnered with Chef Jacques Fox to show you the proper way to use your knife in the kitchen. Click Here to Watch

Houston Chef of the Month for February Click2Houston spotlights Chef Jacques Fox as their Chef of the Month for February. Read More Here Born in Africa, raised in France by Polish Grandparents, Chef Jacques Fox of Artisans Restaurant has a very diverse back ground. Fox has traveled and worked all over the world., and he has quite an interesting story to tell on The Gourmet Club Live. Read More Here Houston Chronicle – 2 Aug 2018. Paris Williams studied her plate of macarons she had just created.  Too pretty to eat, she thought.  So as she listened to restaurant owner and chef Jacques Fox share his love for French cuisine and culture, Paris had another thought: Just maybe one day, she’d go to Paris to see for herself. …..See More Here 10 April, 2017  Want to take a trip to Paris without actually flying there? Then you need to stop in at Artisans for their lunchtime “L’Entrecôte Paris Steak Frites,” available for a steal of a deal at just $20…….  Read More Here Houston’s 26 Top Chefs: The Foodie Event of the Year

4 April, 2017 Once again, the ballroom of the Royal Sonesta Hotel was perfumed with the heady essence of dinner being prepared by 26 chefs who joined in this once-a-year, very special evening……  Read More Here Amber Fatheree Review Artisans is located in Midtown, just on the edge of Downtown Houston. When pulling up to the space I am immediately drawn in by the rustic entrance to a modern building. Valet parking awaits …... Read More Here Artisans Restaurant owner, Jacques Fox, tells us about his restaurant and their participation in Good France in Houston. See The Video Here Artisans Restaurant & Savoir-faire will be a part of our Soirée Beaujolais et Tapis Rouge on November 21st. The owner, Jacques Fox, tells us about his background and why he enjoys being a part of the Soirée Beaujolais.
See The Video Here While one might think that well-heeled foodies all depart for the summer, a recent perusal of the local restaurant scene has proven otherwise. Read More Here

At Artisans Restaurant, What Matters

Is that the Ingredients Are the Best of the Best

Getting back to the true meanings of artisanal.

Talk of the Town Winner 2013 – “Excellence in Customer Satisfaction” 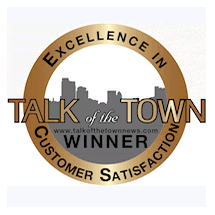 Ratings are calculated based on consumer-review websites and blogs, social networks, business rating services and other award information to determine the top companies across the country. Only those high ranking businesses with a 4-5 star rating win the Talk of the Town News Customer Satisfaction Award. 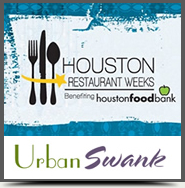 This Midtown-located spot, that serves up French cuisine in a variety of ways, was a no-brainer. We figured if its’ sister property, Le Mistral, has earned consistent acclaim, we are sure Artisans would not straggle far behind. Read More Here 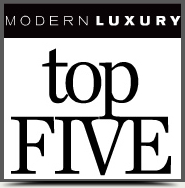 Chefs take center stage in the sexy show kitchen, but at Artisans the fine French food is the real star. Like the prow of a colorful cruise ship, the unique open kitchen of Artisans presses outward into the public space, diners rolling back and away in a delighted roar. The 28 lucky enough to be perched at the marble topped food bar have excellent views of the show. Read More Here 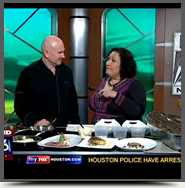 TexasAgs – All Star Week at Artisans 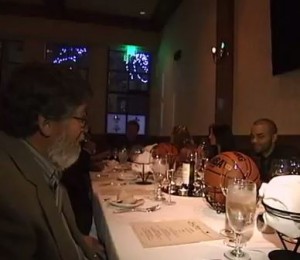 Francophiles and Texans alike will enjoy this video example of banquets you can host at Artisans Restaurant in Houston! View The Video Here

“It feels like Joel Robuchon’s restaurant in Vegas,” one might say when dining at Artisans. Read More Here 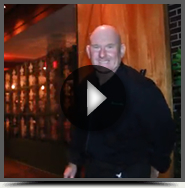 “It feels like Joel Robuchon’s restaurant in Vegas,” one might say when dining at Artisans. View The Video Here

What a year it’s been for ambitious, serious restaurants opening in Houston! Some years have not been so abundant — we’re thinking of 2010 here. Read More Here