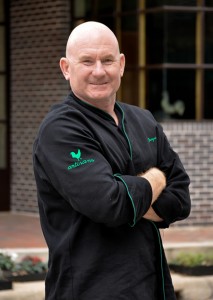 Born in North Africa “Sidi-Bel-Abbes” and raised in France by Polish grandparents, Chef Jacques Fox demonstrated an early aptitude for cooking even before graduating from high school. To help expand his culinary knowledge Chef Jacques attended a two-year program at the College D’Enseignement Techniques in Tulle, France after high school. After completing his training in 1975 Chef Jacques moved to Paris where he took his first chef position at Maison Prunier, a world-renowned seafood restaurant. In 1976 he joined Elitair Maxims where he was promoted to executive chef after four years. In 1983, Chef Jacques left Paris to work for Club Mediterrainnee (Club Med) where he had the opportunity to further expand his skills and understanding of global cuisine at luxury resorts around the world including those in Kamarina, Sicily; Noumea, New Caledonia; Port-au-Prince, Haiti; Farakulafushi, Maldives Islands; Kos, Greece; Eilat, Israel; Cooper Mountain, United States; and Les Menuires and Tignes, France… (click “read more” above)

After leaving Club Med Chef Jacques moved to the United States and worked at several properties including the four-star Hotel Bentley in Louisiana; Moody Gardens, a multi-million dollar property in Galvestion; the Wentletrap Restaurant in the five-star Tremont House Hotel in Galveston and the Conrad N. Hilton College of Hotel and Restaurant Management at the University of Houston. During his time as executive chef at the University of Houston, Chef Jacques was oversaw the food and beverage program for the school as well as the 86-room University of Houston Hilton Hotel and Conference Center, which has 30,000 square feet of event space, two full-service restaurants and a wine cellar. Chef Jacques also served as Executive Chef for the Briar Club, a city club in the posh River Oaks neighborhood in Houston, Texas and as Executive Chef at the world-class Miramont Country Club, a planned luxury resort and residential community in Bryan, Texas. Most recently Chef Jacques was the Executive Chef and food and beverage director at Briarcrest County Club, 125-acre resort providing exception service for over 50 years to the Brazos Valley community of Texas. In addition to his culinary work, Chef Jacques holds several educational titles including a certified hospitality educator (CHE) designation from the American Hotel and Motel Association Educational Institute and a Certified Executive Chef (CEC) title. He is also a member of La Confrérie de la Chaîne des Rôtisseurs where he held the title of Conseiller Culinaire des Etats-Unis. This title afforded Chef Jacques the opportunity to visit numerous culinary schools including those in Vienna, Austria; Istanbul, Turkey; Paris, France; Cape Town, South Africa; Bermuda, Calgary, Canada; and Singapore. He currently holds the designation of Conseiller Culinaire Honoraire des Etats-Unis Conseil D’Honneur and has served as the National Board Member In-Charge of the Young Chef Competition for seven years. As Chef Jacques strongly values educating future chefs he guest lectures to students enrolled in the University of Houston’s highly respected Hotel and Restaurant Management program through the Barron’s International Dinner Series. He also coordinates a cooking series with Houston-based radio stations FM 99.1, FM 96.5 as well as Team Tough Conrad N. Hilton continuing education classes. This series covered a wide variety of topics from Army Club Management to Bed and Breakfast operations. His other educational endeavors include serving as the Director of Education for Alain & Marie Lenôtre Culinary School in Houston Texas, where the focus is on classical French cuisine with modern techniques. Chef Jacques has also participated in United (formerly Continental) Airlines cooking workshops, various wine tastings and their Chef-on-Board call. In 2010 Chef Jacques collaborated with David and Sylvain Denis to bring innovative French dining to Midtown Houston through Artisans Restaurant, which opened in 2012 to great critical acclaim. Chef Jacques spends his free time cultivating his love of all water-related sports and spending quality time with his family. 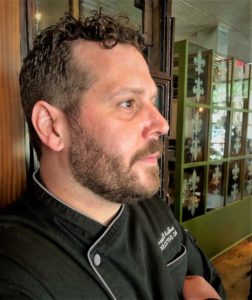 A native of Louisiana, Russell Kirkham grew up hunting and fishing on the bayous where he learned to butcher and cook the wild game he caught. As his passion for culinary knowledge grew, he looked to his grandmothers for inspiration. (click “read more” above)

They taught him an appreciation for cooking traditional Cajun food as well as the importance of seasonal, fresh ingredients. At 18 Chef Russell was given the opportunity to work in his first professional kitchen at the Atrium Hotel, which is the only full-service hotel in Monroe, Louisiana. After working for several years honing his skills and creativity Chef Russell moved to Houston to attend the prestigious Art Institute of Houston in pursuit of a culinary arts degree. While in school, he was exposed to Houston’s rich and varied culinary and restaurant environment. Since graduating Chef Russell has had the opportunity to work at many well-known Houston restaurants including Noe Restaurant, Max’s Wine Dive, Brasserie Max & Julie, Beaver’s, Feast, and Divino Italian Restaurant. Chef Russell brings his passion for classic French food highlighting seasonal, fresh ingredients to Artisans. 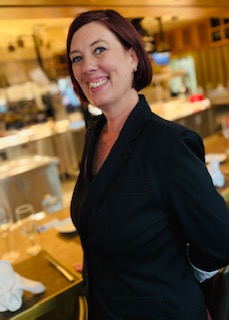 Stepping into a dining room with Suzanne feels like coming home on your favorite holiday.  Her natural talent of welcoming guests elevates an experience from dinner to a special occasion.  Her warmth comes from a long history of women from Alabama that honor the spirit of hospitality and comfort.  (click “read more” above)

Stepping into a dining room with Suzanne feels like coming home on your favorite holiday.  Her natural talent of welcoming guests elevates an experience from dinner to a special occasion.  Her warmth comes from a long history of women from Alabama that honor the spirit of hospitality and comfort.  Though she is a natural, she has also sought out many opportunities to learn.  With an Associate’s degree in Business Administration, she has managed restaurants with expertise and grace.  Though she has held many hats in the service industry from hostess to manager, she has taken on her role at Artisans with energy and commitment to her guests’ experience.  Her expertise in culinary and wine studies allow her to showcase her love for an exceptional meal.  In addition to Suzanne’s passion for food and wine, she is an avid kayaker with an incredible love for nature.  Please let Suzanne and our team at Artisans make your next event one to be remembered. 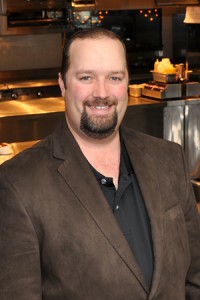 One brief sentence, “Hey Jacques, let me know if you ever want to open a restaurant together,” lead to Jason Schickedanz’s entree into the fascinating world of restaurant ownership. Jason is no stranger to the food industry having been raised on a working ranch and owning a farm in the Texas Panhandle… (click “read more” above)

However, his previous experience was limited to the production side rather than the service and retail side.

Luckily Jason has an extensive background and strong interest in developing and growing businesses, which have served him well with Artisans. Jason’s first foray into business lead to the creation of AgForce, Inc, a hugely successful government consulting firm which has been recognized as one of the fastest growing Aggie owned businesses in the world. His success with AgForce has allowed him to grow his business portfolio and buy numerous other companies including Perryton Aviation, Inc.

With no prior restaurant experience Texas native Chuck Neas decided to enter the fascinating world of restaurant ownership based on conversations for a potential venture with his dear friend Jason Schickedanz. Together they both decided to invest in Artisans… (click “read more” above)

Luckily Chuck has a natural inclination and love for business that has served him well with Artisans. After graduating from Texas Tech University, Chuck founded Arkhoma Transports, which provides transportation for oil field fluid and vacuums. Arkhoma has been in business for 33 years and is headquarted in Perrytown, Texas. The business also has yards in Oklahoma and Kansas.

While not working Chuck enjoys spending time with his grandchildren and indulging his love of muscle cars. 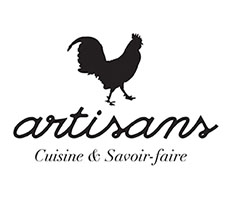 French national emblem, The Gallic Rooster or coq Gaulois is a symbol of the French nation and history, in addition to its land and culture. (click “read more” above) 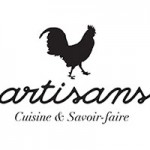 Gallus (in Latin): Its association with France dates back from the Middle Age and is due to the play on words in Latin between Gallus, meaning an inhabitant of Gaulle, and gallus, meaning rooster.

Its crowing at the dawning of each new morning made it a symbol of the daily victory of light over darkness and the triumph of good over evil.

That is why, during the Renaissance, the rooster became a symbol of France as a Catholic state and became a popular Christian image on weathervanes, also known as weathercocks.

Then the popularity of the gallic rooster as a national personification faded away until its resurgence during the French Revolution (1789).

The Gallic rooster had been a national emblem ever since, especially during the Third French Republic. The rooster was featured on the reverse of French 20-franc gold pieces from 1899 to 1914.

Today, it is often used as a national mascot, particularly in sporting events such as football (soccer) and rugby.

Le Coq Sportif (“The sporty rooster”), is a French manufacturer of sports equipment using a stylized rooster and the colors of the French tricolour as its logo.